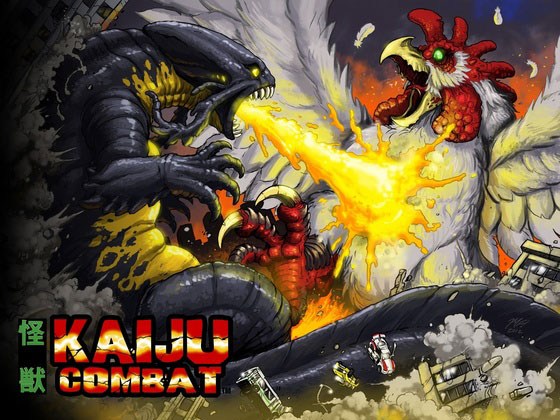 The Kickstarter campaign is over – but you can still help the development process by visiting our store page.  You can pre-order the video game or card game via Paypal, get some official Trading Cards, buy one of our custom figurines, or snag a copy of PROJECT: NEMESIS to see what all the fuss is about!

WHAT IS COLOSSAL KAIJU COMBAT?

Colossal Kaiju Combat (CKC) is the final word in giant-monster battle games.  It takes the core team & technology from the Pipeworks/Atari Godzilla fighting games, and merges it with the design input & creative output of our amazing fans.

WHO IS DEVELOPING COLOSSAL KAIJU COMBAT? 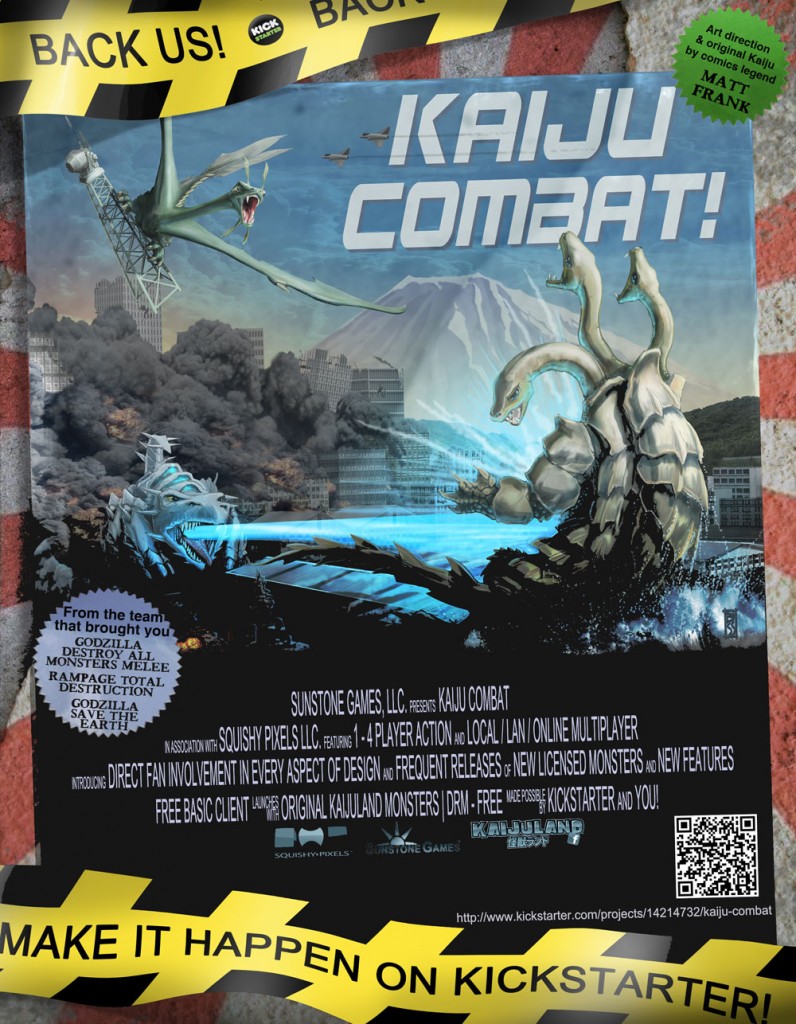 We’ve got a world-class team of professionals to make Colossal Kaiju Combat the best game it can possibly be. But the most important contributions to the game will be made by direct design discussions between the dev team and our contributors!

Simon Strange – Owner of Sunstone Games, LLC.  Simon is a 15-year veteran of the video game industry with nearly 20 console titles under his belt, including three Godzilla titles, Rampage: Total Destruction, Prince of Persia, Tomb Raider, Army of 2, Tony Hawk, and the Deadliest Warrior series.  Simon has earned a reputation for being not only a superb designer, but also as someone who really invests in the fan base of his games.

Matt Frank – Kaiju Artist extraordinaire, Matt Frank started at IDW comics with The Beast Wars Sourcebook and Transformers Animated: The Rise of Safeguard. You can follow him at deviant art and mattfrankart.com

Matt hit the big time (literally BIG!) with the smashing-success of Godzilla: Kingdom of Monsters, providing covers for the entire run of the series. Matt went on to co-write and draw the first issue of Godzilla: Legends, and provide covers for the new IDW Godzilla ongoing series.