Fall of Nemesis Cut-scenes in the Making! 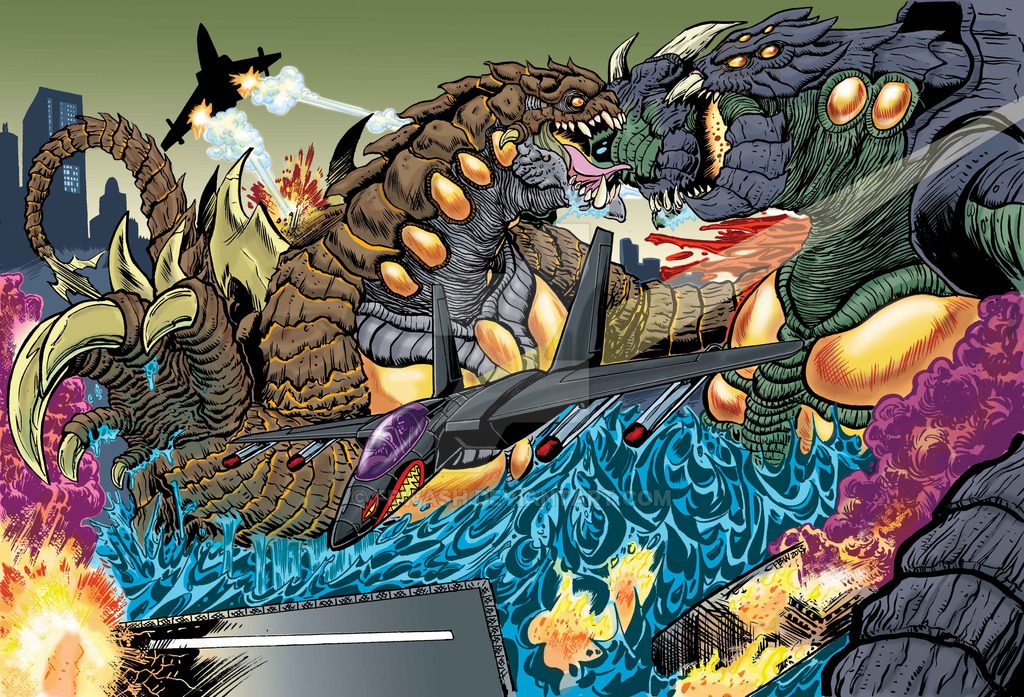 SPN7 Delayed.
Creation for the Fall of Nemesis is finally picking up again! While our new environment artist gets comfortable, the playable Nemesis character is nearly complete. Our next step is now to start on the game’s cut-scenes illustrated by our very own Frankie B. Washington! Sadly, this means we would like to delay the SPN7 card game by six months so we can get FoN completed a little sooner. It will be well worth it in the end!

If you are a Design Team Member and would like to join in on the story discussion, please join us in the thread!

Toho Kingdom, a popular Godzilla fan-site recently published a fantastic interview featuring James Rolfe, also known as the Angry Video Game Nerd! James is asked about is involvement with Godzilla and his opinions on subjects such as the Atari Godzilla series (the very video-games that spawned Colossal Kaiju Combat)! The interview can be read here, we advise you check it out!